This is a notice about past events. For information on upcoming events, click here. 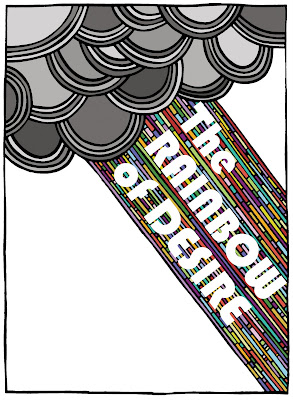 THE RAINBOW OF DESIRE is a family of theatrical techniques developed by Augusto Boal, founder of the Theatre of the Oppressed. Called "the Boal method of theatre and therapy," the Rainbow of Desire replays situations from our everyday lives and reveals invisible elements of our relationships, such as emotions, mental obstacles (a.k.a. "Cops in the Head") and desires that may be of hindrance or of help. Each session begins with theatrical games that develop a theatrical vocabulary and build group dynamics, then we move into sharing stories and choosing one to be acted out. From here, the Rainbow of Desire goes beyond the goal of helping us "get over" our past experiences; as in all branches of Theatre of the Oppressed, these workshops strive to vanquish ongoing oppressions, transforming individuals, relationships and society as a whole.

Below is a list of what we've focused on each week. For a guide to terminology used in these descriptions check out the Theatre of the Oppressed Glossary.
For information on the Rainbow of Desire, or any of our other workshops, get in touch: "tophilly@gmail.com" or 215-730-0982.

Links to other groups using Theatre of the Oppressed

Keep up with Philadelphia Theatre of the Oppressed